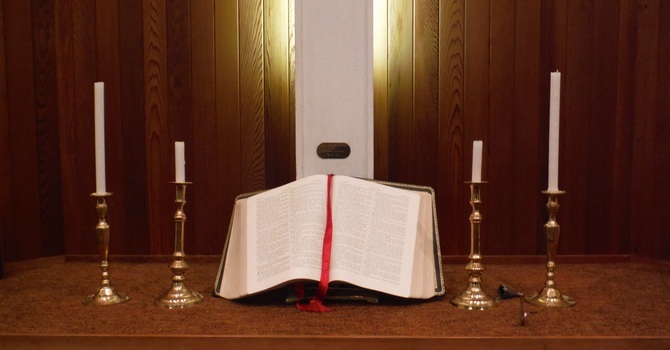 In 1949 there was just one Protestant church building in Campbell River and it was shared by the United, Anglican and Lutheran congregations.  The shared building was on land donated by the Thulin family, and the building was deeded to the Anglican Diocese with the agreement that the United Church was to be allowed the use of the building for worship and other religious purposes.  For many years the minister came over from Quadra for the services.  Then from 1946 to about 1959 worship ministry was shared with Cumberland.

In the 1950s the United Church moved out of the joint building and services continued in the Sutton's Funeral home. Sunday School was held in the Scout Hall.

The finance Comittee had its first meeting back in 1951 to try to raise the funds to build their own church.  Miss Thulin offered the land with no payment for 5 years, but this was refused because the Board of Home Missions was unable to advance any money to the congregation until the site had been purchased and paid for.  This land was paid for and an  amount of $1700.00 was raised to start building the church. There were many people and groups involved in raising the money and volunteering time and equipment to build the building we still use today.

The Campbell River United Church on it's current site was officially opened in 1953.